Today’s episode of Amplify Your Business takes on a bit of a different topic. Instead of talking about digital marketing strategies for growing your business, we’re chatting with entrepreneur Morgan Wolf about all the things she learned from going through the process of selling her business.

Morgan owned a successful pet care business that she decided to sell just before Covid-19 hit Alberta earlier this year. Morgan’s business started after her brother came to her with an idea: a doggy daycare that would run out of her home, with her doing all the work, and giving him half the money. Wait… what? Yes, you read that right. So, that’s how Morgan came to find herself working as a Canada Post letter carrier, placing ads on Kijiji for her doggy daycare turned boarding side hustle, and sharing her living room (not to mention her bed) with a bunch of new furry friends. Aren’t dogs supposed to bark at letter carriers? Anyway, the business took off and in 2013 Morgan took things out of her house and into an industrial bay that she shared with a plumbing company. Year after year she expanded, taking on new and exotic animals until the plumbers had to go and Morgan’s business was a 24/7 staffed operation offering grooming, obedience lessons, training, and the service that started it all - daycare. Watch the full episode to find out what led Morgan to decide to sell as well as what lessons she learned throughout the process. 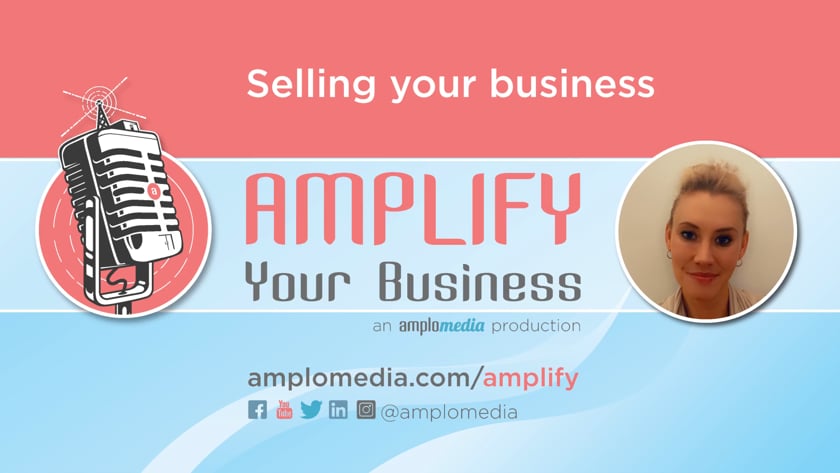 Ok, let’s get this burning question out of the way before we dive into the meat of the episode. What is the most unusual pet that Morgan cared for at her business over the years? Well, there were a few!

By the time the angry rabbit held her staff member hostage in the rabbit room, Morgan had poured immense amounts of time, effort, and money into creating a great business that was trusted by lots of local pet owners. So if things were working, why sell? Well, it boils down to emotional burnout. Morgan refers to the feelings that started to overtake her as something similar to caregiver’s fatigue. Over the years of caring for countless creatures (many of whom were repeat customers) she’d developed relationships with each animal. Doing her job well is what allowed her business to become so successful, and that meant investing heavily in the health and wellbeing of her animal charges. When those animals got hurt, sick, moved away, or worse, the emotional toll was high. After a particularly stressful Christmas season Morgan knew something had to give, but at the same time realized that the entrepreneurial mindset that ‘no one’s going to do it better than you would yourself’ wouldn’t allow her to sell the business but remain involved. It was either 100% in or 100% out, and Morgan chose to get out.

How do you market a business for sale… without alarming your customers? (9:23)

Morgan faced a bit of a hurdle when it came down to actually advertising her business for sale. Simply putting up a For Sale sign out front wasn’t going to do her any favours, and could actually end up devaluing the business. Part of what made Morgan’s business as successful as it was was certainly her relationships with her customers, the people who left their furry family members in her care. Her customers trusted her, and kept coming back because of the standard of care they came to expect from her and her staff. Putting the business up for sale publicly would risk a lot of that trust - would the animals still come first, would they receive the same treatment they were used to? Jeopardizing the relationships with customers would be akin to jeopardizing the sale of her business.

So, Morgan had to get a bit creative. She paid a fee for listing her business on a secure site that would allow her to do everything herself while still offering the option to add NDAs and other confidentiality agreements once she began discussions with potential buyers. And when it came time for the interested parties to view the site itself? Well, necessity is the mother of invention, so a few creative answers to questions that arose about these new visitors kept any possible worries from her customers at bay. And don’t worry, each and every animal still received the utmost care and service while in her custody!

As an entrepreneur, how do you attach a numerical value to something that you’ve poured blood, sweat, and tears into building from the ground up? Every owner can see the value in their business, but it’s harder sometimes to portray that value to a potential buyer, especially if a lot of that value is derived from having the owner at the helm. Morgan’s advice? You can count your own time, money, and hard assets in there as much as you want, but if someone isn’t going to give you back every nickel and dime, you’re wasting your breath. The true value is what the seller and the buyer agree upon. So think about what makes the business at its core valuable to a potential buyer, and remove yourself from the equation. Happily for Morgan, after lots of negotiating she was able to balance an attractive sale with a successful one, and she thinks she landed on the right price at the end (a little too low for her expectations, but a little too high for what the buyer wanted).

Morgan’s story isn’t just one linear road to a happy sale transaction. In fact, she ended up having to sell her business not once, but twice! The first time around she had the business sold to the point of telling all her staff, her customers, and even physically vacating the building. The buyer had taken over the lease, the employees, and was actually on the premises and starting to run things when suddenly they had a change of heart. A refusal to relinquish funds later, Morgan was back in business taking care of customers’ precious pets. It took a full year for her to rebuild the value lost in that sale (loss of trust from customers, for the most part) and find a new buyer. The lesson to be learned? Even if you get all the i’s dotted and each t crossed, at the end of the day the sale isn’t complete until the cash is in your hands. Morgan learned this the hard way, and her attitude towards the next transaction was definitely a little bit different.

The next time around Morgan wasn’t so forgiving with her new potential buyer, there was no way she was going to let what happened the first time happen again. No matter how much she wanted to be a cooperative seller, she’d been bitten once and fully understood the need to really put on her business hat and stand her ground firmly. She made sure each and every step was accounted for, and when the buyer pushed back, she was upfront and transparent about what had happened previously and why she was going about things the way that she was.

This second sale went through smoothly (hooray!) and Morgan even offered to stay on with the business during the transition phase. Not forever, but just long enough to help the new owner get their feet underneath them so that they could hit the ground running without sacrificing animal care or (human) customer relationships.

An entrepreneur’s business is somewhat like their child, so it can be hard to let go to say the least. So we want to know, does Morgan have any regrets about going through with the sale of her business? While she admits it was an emotional decision, and even though the process she stopped and thought if she really wanted to go through with it, she knows that it was the right choice for her at the end of the day. It may be tough sometimes to drive by the location and see the business being run by someone else, but she now has the opportunities to take the experiences she went through and lessons she learned and put them towards something new and exciting.

Morgan’s parting thoughts that she wishes she would have known prior to selling her business are as follows, and she hopes they can help any other entrepreneurs out there looking to take the leap.

We hope that this episode was packed with information for those of you out there ready to sell your own businesses or even just thinking about starting the planning process. As always, if you need a helping hand, don’t hesitate to reach out. We’re just a phone call away!

Wait! Before you go...Don't miss out on FREE digital and video marketing advice, straight to your inbox.

It's free, what do you have to lose?