What a lot of small business owners don’t know is that venture capital isn’t only reserved for big tech deals in Silicon Valley. Entrepreneurs can and should consider tapping into VC as a resource to further grow their business. We talk all about this and more with Omer Choudhary, CEO of IQ Interactive and Truffle POS, B2B software companies that specialize in digital products and services for the restaurant and hospitality sectors. 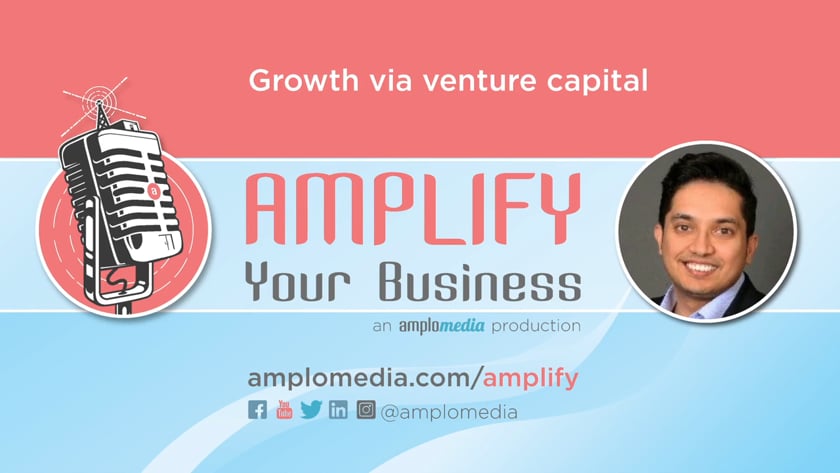 Tell me a little bit about IQ Interactive [1:11]

Omer founded IQ Interactive about 12 years ago. IQ develops technology that enhances the user experience across multiple industries. Think of touch-screen maps that you see at the mall, or the touch-screen kiosk in some fast-food restaurants. One of their products that they’ve recently planned to scale is called Truffle. Truffle seeks to help restaurateurs digitize their restaurants.

Omer says this transition to digital was already taking place in the restaurant space pre-covid, albeit very slowly. It wasn’t until covid hit that the demand shot up greatly. He says that the restaurants that have borne the brunt of the pandemic and are still standing today have successfully pivoted, having developed their own online platforms for pickup and delivery services. These times have shown that digitization can be the difference between a successful business versus a failing one.

When did you decide to bring on a venture partner to help grow your business? [8:55]

When demand started rising, Omer realized that his company was about to take on a lot. They would be expected to deliver a lot in a very narrow window of opportunity.

Despite already being an established company with a proven product, the scale of growth he was seeking couldn’t be achieved with the existing team and processes he had. This was when he decided to pull the trigger and focus on finding not just a source of cash, but a team that strategically aligns with his values, his vision for growth, and the complementary skill sets needed to run a company 10X or 20X its current size.

Oftentimes, when people think of venture capitalists, they only think of the amount of cash being offered, like what we see on shows like Dragons’ Den or Shark Tank. While cash is an important resource, what’s arguably more valuable is the expertise, the networks, the mindsets, and the experience that these investors have with growing similar-sized companies.

As a company grows, their founder grows along with it; and this often involves a significant mindset shift. Having a partner who’s done this before can shift your perspective on the concept of risk. It also brings a lot of relief because you know there’s a solid plan you’re following instead of taking shots in the dark.

How long did it take before you had a deal inked with a venture capital firm? [15:59]

From initial contact to having a deal inked and funds wired, it took four months overall. During this period, Omer introduced the product to the firm and got to know the team and their experience. He was fully transparent in saying that he had never scaled a company this fast before. He outlined his weaknesses and the goals he wanted to achieve with an investor onboard.

A big concern a lot of entrepreneurs have when they consider bringing in outside investment is losing control of the company. In your situation, were you able to retain majority ownership? [17:28]

One lesson in talking to many VCs is not to dilute yourself (in ownership) too early. If you dilute yourself before undertaking massive scaling, you risk not having a big enough share for yourself on the backend once growth has been achieved.

Omer suggests having a realistic number and sticking with it. Appraise the value of the team’s experience, strategy, network, and values more than the cash itself. This way, you weed out the firms that are more focused on injecting cash somewhere. These types of firms, Omer says, are more likely to stand on the sidelines of the business. Founders often feel that this arrangement lacks a partnership (even though it technically is on paper). Rather, founders effectively end up working for VCs with little to no growth to show for it.

What was your time horizon you agreed on in your discussions with the VC firm? Do they expect to see massive growth in a short period of time and then pull out? [20:18]

From the get-go, Omer was very adamant about setting up this partnership to be a long-term venture (about three to five years). Again, he really wanted to find partners who are motivated to be in it for the long haul.

However, much of Omer’s discussions with the VC firm didn’t revolve around the exit plan. They spent most of the time talking about scaling, strategizing, and developing milestones within a three- to five-year period - i.e. What is the current market demand? Can we position Truffle to be one of the top 3 companies in this space in North America?

How did you arrive at the valuation of your company? [22:40]

They looked at a number of factors: the current activity of competitors in the space (are there lots of acquisitions happening?) and the market scope in Canada and North America. Seeing as the company has been established for years, they also took into account the solid recurring revenue figures. Having solid, growing revenue every year and longer customer LTV (lifetime value) can drive up your multiple and therefore the overall valuation of the company.

If you’ve been thinking about bringing in VC capital and partners, now is the time to do it. Although we’re in a pandemic, the reality is that lots of capital is being moved around and invested right now. Take advantage of this opportunity.

Due to the current market activity, companies are receiving astonishing valuations and have been raising lots of capital during the pandemic, some upwards of a 20X or 30X multiple. Omer thinks that because investors are very optimistic right now, this is, in effect, creating an “investor bubble” that will eventually pop in two to three years’ time, resulting in more Uber-like companies running at a loss.

Is there anything you would’ve done differently had you known what you know now? [26:33]

Definitely. Omer admits that he’s always taken a more conservative approach when making business decisions. If he had known what he knows now, he’s confident he would’ve received a much higher valuation.

As with everything, though, hindsight is 20/20. At the expense of giving up a percentage of his company, Omer feels that the lessons he learned and will learn in the future will have much higher returns.

How can people get in touch with you or your sales team?